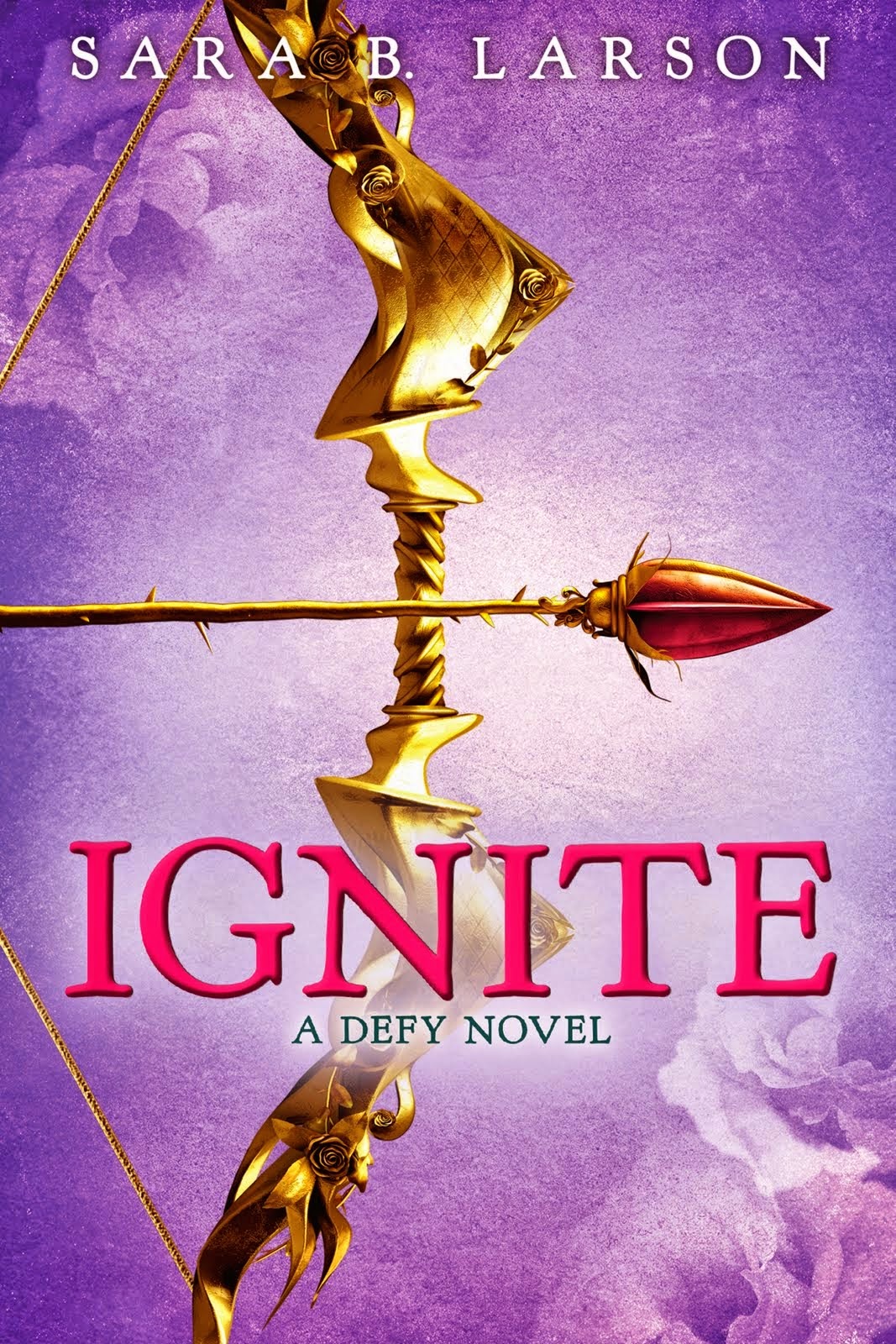 Description from Goodreads: Murder, abductions, and forbidden romance abound in this thrilling sequel to Sara B. Larson's acclaimed YA debut, DEFY.

Alexa remains by the newly crowned King Damian's side as his guard, ever committed to helping him rebuild Antion and reclaim the hope of Antion's people, despite continuing to harbor a secret love for him. However, when another threat to Damian and his kingdom emerges, and blame is cast on their newly forged alliances with Blevon, Alexa knows things are not what they seem. With the fate of her nation hanging in the balance once again, will Alexa be able to protect her king and uncover the true enemy-- before it's too late?

I thoroughly enjoyed DEFY and of course had to grab IGNITE when it came out (Again, this one skipped my review list. How, you ask, did two books from the same series manage not to get reviewed, especially when I loved them? Yeah, I do not know. Don't even ask me.). As a sequel, IGNITE did not disappoint. In fact, I may have loved it more than the first one? Is that even possible?

I loved the threat in this one, which I won't mention in case anyone is somehow reading this and they haven't read book one, and it felt extremely real to me. This one hit me right in the feels, and I was so pleased with the execution of the story line. the return of Alexa , Damian, and Rylan was a welcome one, for once a love triangle that doesn't bother me, due to the fact that both Damian and Rylan are suitable matches for Alexa, though I have to say, I'm #TeamDamian.

Five stars to IGNITE, in celebration and unbelievable excitement for book three, ENDURE, which comes out in DeCeMbEr!

Happily,
Stephanie
Posted by Unknown at 7:00 AM