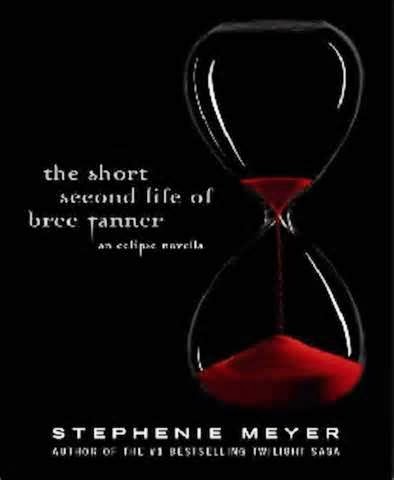 Twilight has always been a big part of my life. Ever since I saw Twilight in 2008, I've been hooked. After reading all the books, watching all the movies, buying as much merch as I can (Or can't..) afford, I've been having withdrawals. That is, until we were on a road trip and mom found the audiobook of The Short Second Life of Bree Tanner and decided to buy it.
Bree is a newborn vampire, and she's all alone in the safe house. She spends her days hiding out behind Fred, the vampire who seems to have some sort of power that allows him to keep people's eyes off of him. She doesn't know why she was created- She only knows that Riley was the one who'd brought her to the safe house, as well as the one who'd brought her to her Creator. Bree goes about her new life as best she can, following each of the rules Riley has set in place for when they can go outside, and who they can feed on. Until the night she meets Diego, that is. Diego is the second oldest vampire at the safe house- he's Riley's second in command- and, strangely, she trusts him. It is Diego who brings all the questions into her mind: Who was their creator? What were they created for? Was something big coming? Why were the rules so strict? Forming an alliance, Bree and Diego decide to find out what's REALLY going on, not knowing that everything was about to get sticky.
It was great to be back in the world of Twilight- even if the book was only a short novella. This was the second time I'd read this book, the first being when it came out in 2012, and I didn't love it any less the second time around. I would rate this book a three of five stars, simply because it was easy to tell where the story was going, and so there was nothing shocking to keep me on the edge of my seat. If you're a Twihard, you need to read this book. It gives you an insight as to the story behind that small, frightened girl in Eclipse that will leave you loving her.
Posted by Unknown at 6:10 PM