Review: Land of Dragor: The Gift of Charms by Julia Suzuki 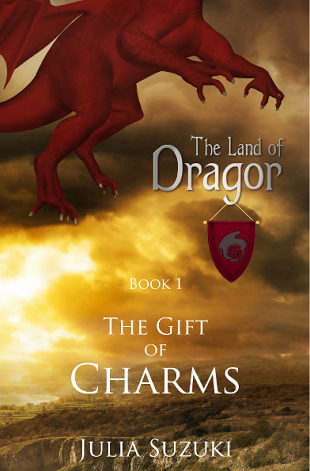 Land of Dragor: The Gift of Charms by Julia Suzuki, is the first in a fantasy/adventure series for children ages 8-12, and can you guess what it's about? No? Okay, then I'll be happy to tell you. It's about Dragons. It's mystical and innocent and sweet.
Yoshiko is a red dragon of he Nephan Clan. He and all the other dragons live in Dragor- a place hidden from all humans- a place where they are safe. As Yoshiko grows up, he becomes the blunt of jokes at Fire School, and it doesn't help that he has to hide the fact that his scales change colors. One day after some taunting, he flies off to the forbidden Cattlewick Cave to seek refuge; It is there that Yoshiko meets Guya, a wise old dragon who tells him that if he masters a set of three tasks, he would find out why it is that his scales change color. The young dragon sets to training with a family friend, who is part of the Guard, and he builds his skills so that he can complete the tasks given to him by Guya. Once he has trained for a long period of time, Yoshiko returns to Cattleswick Cave to display his skills. Guya shows Yoshiko a prophecy- his destiny to restore peace in the land of Dragor by returning the lost Charms of the dragon clans- and gives him the instructions he needs to send him on his way. But there's a catch. To bring the Charms back to Dragor would mean the young dragon would have to break the rules of the dragons and leave their safe haven. Has all the training that Yoshiko went through been enough to prepare him for this journey? Will he be able to recover the Charms in time to save his friends and family?
With an underlying message about embracing everything that makes you different from others, I recommend this book to children who like fantastical books. It's a series, so there're more to come, and it's an easy read- most children should have no trouble reading this one. Every elementary and middle school library would benefit by adding The Gift of Charms to their collection. It could be that book that sparks a child's interest in reading. 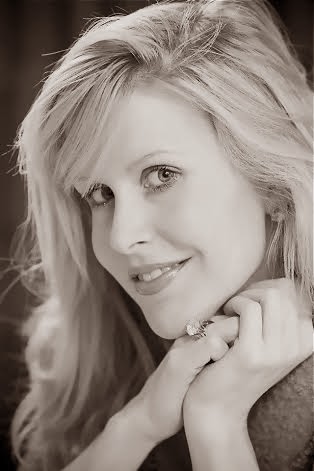