Barnes & Noble Forever (Or Not?) 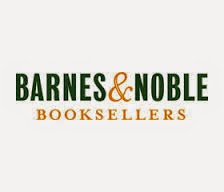 Going to the bookstore has always been one of my most favorite things to do. There's not a lot of entertainment in my town other than the movies, skating, and bowling, and those all grow old after a while, and with me being such a book enthusiast, a common  hangout for my friends and me is the local Barnes & Noble. We go in, head to the YA section, and its basically an hour or two of my friends pointing to a book and asking if I've read it (My most used answer: "ohmygosh yes I've read the whole series"). We always buy AT LEAST one book... generally I buy a stack.... and nearly every time we're in there, the place is bustling with business.

Apparently that's not the case everywhere else.

Barnes & Noble's top executive, Mitchell Klipper, has announced that the company will close 10 stores a year for the next 10 years, and it's noted that nearly half of our B&N's will be up for lease by mid 2016. Klipper says that most will be renewed, but that's 100 book stores that will be closing in the near future. (Read the article HERE)

What does this mean for readers?

I remember when Borders was around. Ah, the good days. Used to be my favorite place! I was on a first name basis with the employees at my local store, and they always made your book shopping experience a personal matter, being sure to ask each time I came in how the last book was, and why I was trying this book, and have I read that series? And then Borders went out. My world came crashing down, but I took my book money to B&N.

If Barnes & Noble starts closing stores, where are we going to go next? When Borders closed, we had Barnes & Noble; if Barnes & Noble closes... what do we have? Half-Price? Books A Million? Maybe. Some of you have those smaller chain stores. I, unfortunately, do not. Nor do I have any indie stores. I hate to be that person, but I've read most of the YA books at Walmart, as well as Target, and that leaves me without a single bookstore. The closest one, in fact, is approximately two and a half hours away.

To quote my blogger friend from The Hopeless Reader "I refuse to buy books off Amazon!"

Not that there's anything wrong with books from Amazon, or Book Outlet for that matter, because I'm a big Book Outlet fan, but there's something so... intoxicating about hand-picking your book off of the shelf, flipping through it, choosing which exact copy you want. You lose that when you order books online. And you lose it even more so when you use E-Readers.  The feeling grows distant and soon, you won't even remember what it feels like to walk into a bookstore and instantly feel at home. To sit between the shelves reading, walking up to random people holding a book you've read and loves and telling them how fantastic it was, and then seeing them buy it. Those feeling's will just be a memory.

Keep on buying, readers. Support your authors, support your local stores, and Mitchell Klipper, if you're somehow reading this... don't close our homes. Where else are we going to go?
Posted by Unknown at 3:35 AM