Some of you may have read the ART OF LAINEY, one of last year's many incredible debut novels. If you did, you probably loved it, as I did. Paula Stokes has recently released her second novel, and though it is nothing like LAINEY, it's definitely a stunner! LIARS, INC. is a tangled web of mystery, suspense, thrill, and who-dunnit that will keep you on your toes until the very last page. I have Paula on the blog today for a guest post, and she's given us 10 Facts About Her Novels...

If you haven't read LIARS yet, I suggest you come find this post again when you've finished and read through the facts again. I read them before I read the book, and after I finished it, I came back and reread the facts, and now it's interesting to see what/who makes more sense now that I've experienced the story.

Since this post is revolving around LIARS. I thought it would be the perfect time to get my review out into the world, so here we go... 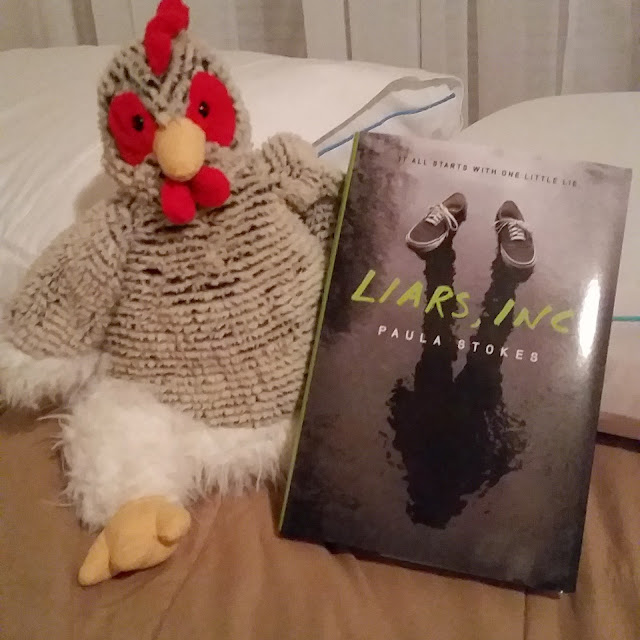 Since I was a big fan of LAINEY, I absolutely HAD to read Stokes' second book. Of course, I'm part of the street team as well, so with all of the promoting and such, the need to read it only intensified. Finally I got my copy, about a month after release, and I devoured it in one sitting. Talk about an intense reading experience.
LIARS, INC. is the story of Max Cantrell-- Adopted, outcasted, and best friends with Preston, the most popular guy in school. Max and his girlfriend have a good life, thanks to Pres' popularity, but everything takes a turn for the unexpected when the three of them decide to form a business. A business based on lies. For a lump sum, Max, Preston, and Parvati will lie for you-- call you in sick to school, write a fake doctor's note, give you an alibi if you want to have an uninterrupted night with your lover-- and it all works like a well-oiled machine.

Until Preston is the one who needs an Alibi.

Until he turns up missing.

Until the police find his body.

Now Max has to figure out just what happened to his best friend, and the truth turns out to be what he would least expect.
A mystery, suspense, and thriller all wrapped into one, LIARS, INC. is an unforgettable novel. With twist after twist, and twists inside twists, it leaves you guessing and confused until the very last page. I did happen to guess the endgame, but I didn't guess the HOW, or the WHY, so the story was just as interesting to me as if I had been dead wrong. I give LIARS a four straight rating, though I could've done without the sex scenes. All in all, it was a fantastic ride, and I'm super proud to be part of the street team, especially now that I've read the book! If you're a fan of mystery, and twisty turny thrills, go pick up LIARS, INC. by Paula Stokes. It all starts with one little lie.
Posted by Unknown at 4:00 PM