Okay so as you guys know, I am a HUGE fan of Heather Brewer, and have been for several years. She's an incredible author, and a lovely person (I met her, if you recall, last February). Being totally honest here, that night was probably one of the best of my life so far. Now, Auntie Heather already has an amazing collection of books out (Look out below) 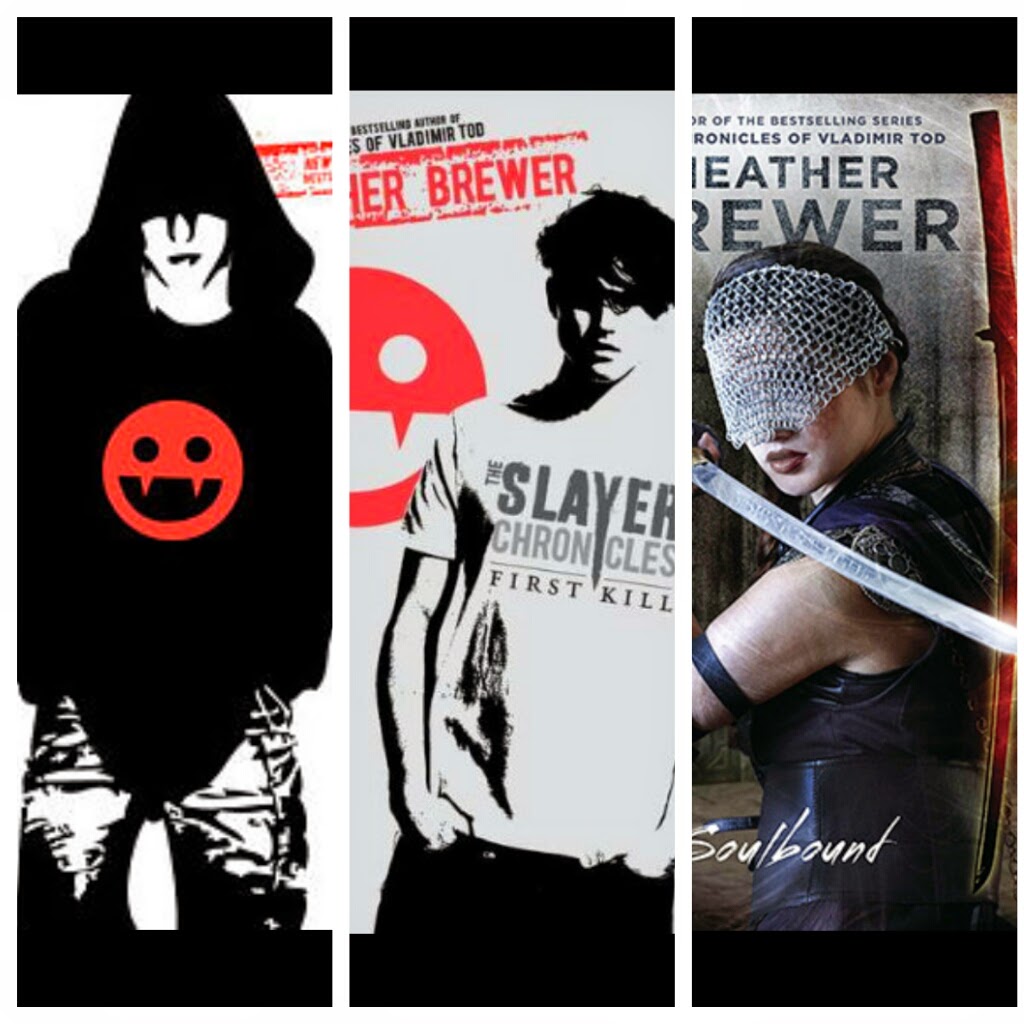 (From left to right: Book 1/5 of  THE CHRONICLES OF VLADIMIR TOD
See the Goodreads Description HERE

and Book 1/? of THE LEGACY OF TRIL
See the Goodreads Description HERE)


So I am more than pleased to announce that her new book, due for release in March of 2015, had it's beautiful cover reveal yesterday on Tea Time (Which I missed *Cries forever*) Without further ado, here it is. The highly anticipated CEMETERY BOYS: 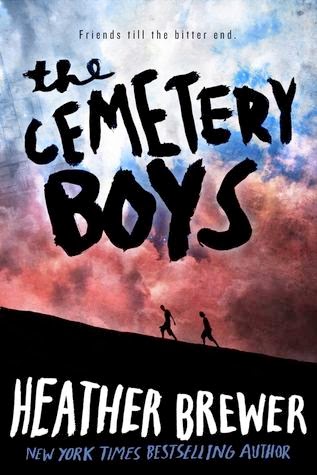 Here's the description, courtesy of Goodreads
When Stephen is forced to move back to the nowhere town where his father grew up, he’s already sure he’s not going to like it. Spencer, Michigan, is like a town straight out of a Hitchcock movie, with old-fashioned people who see things only in black-and-white. But things start looking up when Stephen meets the mysterious twins Cara and Devon. They’re total punks–hardly the kind of people Stephen’s dad wants him hanging out with–but they’re a breath of fresh air in this backward town. The only problem is, Cara and Devon don’t always get along, and as Stephen forms a friendship with the charismatic Devon and something more with the troubled Cara, he starts to feel like he’s getting caught in the middle of a conflict he doesn’t fully understand. And as Devon’s group of friends, who hang out in a cemetery they call The Playground, get up to increasingly reckless activities to pass the summer days, Stephen worries he may be in over his head.
Stephen’s fears prove well-founded when he learns of Spencer’s dark past. It seems the poor factory town has a history of “bad times,” and many of the town’s oldest residents attribute the bad times to creatures right out of an urban legend. The legend goes that the only way the town will prosper again is if someone makes a sacrifice to these nightmarish creatures. And while Stephen isn’t one to believe in old stories, it seems Devon and his gang might put a lot of faith in them. Maybe even enough to kill for them.
Now, Stephen has to decide what he believes, where his allegiances lie, and who will really be his friend in the end. 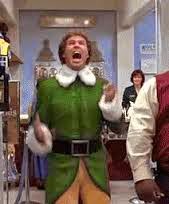 CAN YOU JUST FEEL MY EXCITEMENT?

YOU TOO SHOULD BE EXCITED, READERS!

Super stoked for CEMETERY BOYS because I know it's going to be amazing. All of Auntie Heather's books have taken over my life at some point or another, so I have some high expectations for this one, especially since she's so excited about it. More news on the way!

I was going to post links to her website, but it is currently under construction (Auntie's getting a new site, yay!) so I'll post a Twitter link and her Goodreads profile link instead. Sound good?