Thursday Thinks: Why I Won't Be Going Back to NTTBF 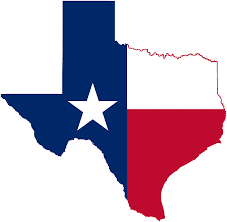 As you probably saw from my post on the 21st, I spent the weekend of the 23rd in the Lone Star State to attend NTTBF (AKA North Texas Teen Book Festival), and I have to say, I was extremely disappointed with the festival this year. In 2015, things were still a bit rough around the edges, but it was the festival's first year, so that was to be expected. This year, everything was run completely backwards, and I know it's not just myself that felt this way, because many of us (like, a huge group of us) discussed it and ended up drawing the same conclusion: We probably won't be coming back next year.

The reasons I have for not wishing to reattend have nothing to do with the authors whatsoever. The authors were all perfect and there were no problems with them at all. The panels were wonderful, author interactions were as delightful as always... each of the things that angered me about this year's festival had to do with the way it was run.

For starters, three of the authors became ticketed. This year we had three big-name authors: James Dashner, Marie Lu, and Gayle Forman. About a week before the festival, NTTBF announced that those three authors were going to be "ticketed". Tickets were free, but in order to get one you had to stand in line and pick up a ticket. One ticket per author per person. And there were rules along with these tickets. You could only get two books signed, no personalizations allowed, and no staged or posed pictures. For all other authors, you could get three books signed at a time before getting back in line and getting another three signed if you had more. That was not allowed with these three authors, which was an extreme disappointment, because these are authors that you don't get the chance to see all the time, and many of us brought more than two books per author. I know I brought four for Lu, three for Forman, and near 10 for Dashner. And these authors were a big part of the reason I came back this year.

To get the tickets mentioned above, you had to skip a panel (or two or three, because the line was so dang long). So we had a plan ("we" being Matt and another internet friend I met there) we would go to half of one of the panels, and then skip out a half hour early to go stand in line for the tickets. If they were going to start handing them out at 11, then we should have had plenty of time to get a ticket and be back by 11:10, when we had an interview set up with an author. The plan changed, however, when my mom volunteered to go stand in the line for us so that we could finish out the panel and come down right after to grab our tickets. Obviously, this is not what happened. What happened is that my mom called me during the panel and told us not even to come down, because the line was so long at 10:45 that one of the NTTBF volunteers was coming down the line telling people that the odds of them getting tickets (they were limited to 160 per author) were very slim. She also said that volunteers were not allowing people to hold spots anymore, but that a lady in front of her just held a spot for ten or so girls, and no one said anything to her. So we finished the panel, did our interview, and went to meet up with my mom. When we got to her, she was still in line, and she had me go look at the table and gage how many tickets were left, and if we had a chance at getting a ticket. What I saw at the table made me over-the-top angry. There were STACKS of tickets left. My mom ended up getting a ticket for each author, and the three of us split them. Matt took Forman, I took Lu, and our other friend took Dashner. At this point, we were all pretty ticked off, because if they hadn't said we probably wouldn't get tickets, we would have come to get in line so that we could ALL meet the three authors. Instead, we shared our tickets. Matt took a book of his and one of mine to get signed, I took one of mine and one of his, and our friend took one of hers and one of mine. We all got the authors we needed, just not near as many of their books as we had brought. Later we met up with the other two guys who had come to the festival with us, and found out that they hadn't gotten any tickets at all and were unable to get their books signed because of the length of the line. The festival runners said that they ticketed these three authors to ensure that more people would get to meet them, but considering they were limiting the amount of tickets and forcing us to wait in line to acquire said tickets, all they did was ensure that FEWER people would get to meet them.


I mentioned this above as well, but something else that bothered me about the festival this year is that Speed Dating rounds were held during panels. If you wanted to do the speed dating, you had to miss not only the panel that your round was taking the place of, but also a good portion of the panel before your round, so that you could stand in line. So many people missed really good panels because of this, it was disheartening.

And now let's get to the signing line. Which was an absolute freaking disaster. This year, the rule was that you can only get three books signed per author, unless you wanted to get back in line (Ticketed authors not included). No posed pictures allowed, even such a simple one as to get the author to smile at your camera from one side of the table while you smiled on the other. And the way the signing was approached this year was absolutely ridiculous. Let me explain. 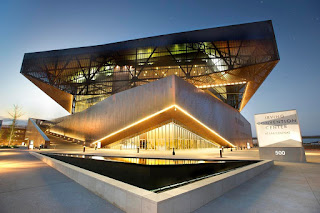 This is the convention center 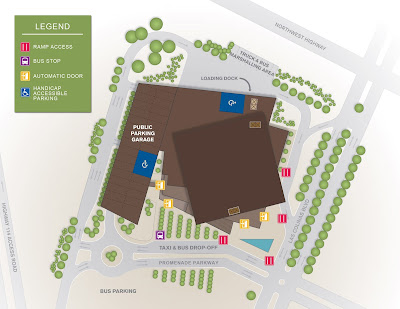 This is an aerial sketch of the center 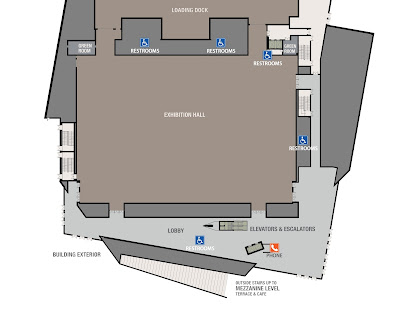 And this is the layout of Level One

Now, THIS is the line for the signing.... 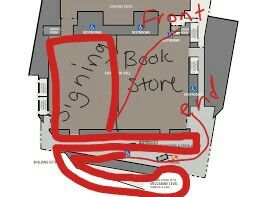 Here, let me get you a better view.. 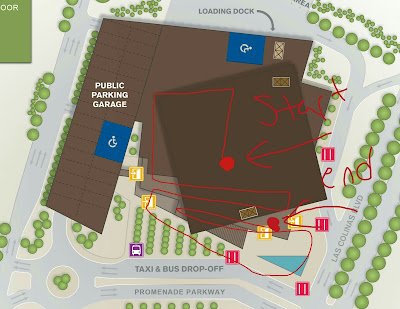 You see that dot that says "End"? Yeah, well that's where we were. More than half of the line was outside, as you can see, where the weather was at 82 degrees and we had to stand and wait. We got in line about twenty minutes before the signing officially started, and stood there until about half an hour after the signing started. The only reason we got in after that (The line had moved about ten feet only in that amount of time) is because we had tickets for Lu and Forman, as mentioned above. Said tickets had times on them, and you had to be in line for your author at your specific time. So while we stood in line, I left to get water for us, because it was like we were on Mars in jeans and tshirts. It was only because I went back inside that I noticed a side door to the signing, where people were showing their white tickets to a lady, and she let them in to go to their ticketed signing.

Of course, I went up to find out what was going on. Instead of getting to talk to the woman, I was intercepted by a rather rude security guard who kept telling me to go get back in line and that he didn't have answers to any of my questions, but I needed to get back in line. Thankfully, the woman caught my eye and waved me over. She said that if we had tickets, we needed to show them to her and we could go get those books signed. I ran back to grab Matt, who was highly uncertain about leaving our place in line, because surely we'd have to get back in this freaking line to get to the other authors. But we showed her our tickets and she told us to find someone in a pink lanyard and they would show us where to go.

I swear, the lanyard-clad lady that helped us had to have been an angel.

We explained to her our situation and asked if we were supposed to go get back in line (I was ready to say screw it and leave) and this wonderful beautiful lady told us that if we went back out and got our books, we could just go get in whatever lines we needed, because the line was ridiculous and she didn't want us to have to go back and stand at the very end.

THE BEST THING NTTBF DID WAS LET THIS LADY VOLUNTEER.

SHE WAS KIND AND HELPFUL AND UNDERSTANDING AND SO VERY SWEET.

So anyway, we got our stuff signed. Or, most of it. A lot of authors stopped signing before we could get to them, and NTTBF decided to start limiting bigger authors like Holly Black to two books (I brought about six, left with zero signed). This year, we went about the signing area a bit differently. Instead of going in our own lines and doing our own thing, we went to see each of the authors together, starting with the ones we both had books for, and it ended up being a fantastic idea. We had such a good time talking with the authors together and being able to take pictures of each other, and it was definitely the better idea.

What is with this rule that you have to buy one book at the festival for every three you bring from home? I had to buy seven books, and the ones that I bought, plus a bunch of the ones I brought, ended up not even getting signed. So what is the point of buying books (Some that I already have, because I own books that I like and had brought the only ones I wanted signed) if I can't even get them signed? NTTBF is a free festival, and I get that they have to make money on it somehow, but I would honestly rather pay to attend the festival then have to buy books for no reason and stand in lines for hours of the day when I could be attending panels.

All in all, NTTBF was a bust this year. The only good things about the festival were that I got to spend the entire day with Matt and co. and that we got to take part in some splendid interviews!

I'll keep tabs on next year's festival, and if it looks like they're running it the same way, I'm out. I will not be participating in a festival that's set up like this, especially when I've driven all the way from Missouri, only to stand in line all day and come home with half of my books not signed. It's not worth it at all.

So that's my take on #NTTBF16. I know, drastically different from last year.

It upsets me as much as it does you.

(Un)Happily,
Stephanie
Posted by Unknown at 5:30 AM