I don't know about you guys, but when I hear the words "New Years Resolution" I just roll my eyes. No one ever sticks to them like they say they will. But this year, I'm following through with my Resolutions. That's right, I have more than one-- and things are about to get serious. 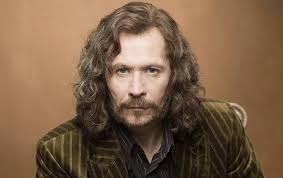 First off, I'm going to start blogging a lot more. This one and two posts a week, sometimes month, is just not cutting it. The activeness is going to shoot up. So be looking for reviews, any special cover releases, blog tours, and of course, giveaways!

Second, if you've talked to me before, then you know how much I want to be an author. Well, my first novel is finished (Urban Fantasy) and I'm working my way through two others right now (Contemporary and Dystopia). I'm halfway through my contemp and close to half in my dystopia, so we'll see who catches up first! That being said, I'm going to be doing a lot of writing, and it's time to crack down and start querying for my Fantasy. I'll keep you updated!

Thirdly, 2014 was an exceptional year when it comes to friends. Twitter has introduced me to so many fantastic people, and thankfully I have FOR SURE plans to meet one of them. Plans are still under way for a meeting with my second twestie, but my hopes are still high!

I think 2015 is going to be THE year. Have you made resolutions? Drop a comment, I'd love to know what they are!


To start things off, how about a New Year's Giveaway?!

The giveaway will include two of the hottest debuts of 2014! And guess what, they're both SiGnEd!

DOROTHY MUST DIE by Danielle Paige, and SPLINTERED by A.G. Howard, which comes with a key necklace just like Alyssa's!

US/Canada ONLY due to shipping expenses!