Welcome, welcome! I'm thrilled to say that, for my first post since I've been back, I'm presenting you with the blog tour for SAVAGE by Nicole Conway. As you guys know, the Dragonrider Chronicles is one of my absolute favorite series, so when the companion series was announced, I jumped on my chance to participate in the blog tour.

Believe it or not, this is my fourth tour for Nicole's books. The only book in the Dragonrider Chronicles that I didn't participate in the tour for was the last book, IMMORTAL, which came out during the surgery time of last year.

So, without further ado, and because I'm dying to tell you about this book, here's my review!

But DON'T FORGET that this is a companion series, which means the descriptions as well as my review will contain spoilers to the first series! 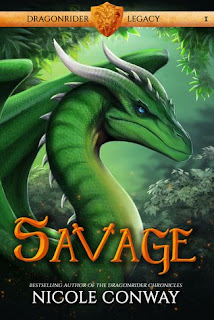 Description from Goodreads: Never send a hero to do a monster's job.

Forty years have passed since Jaevid Broadfeather brought peace to Maldobar and Lunthards. But that fragile truce will be tested as darkness gathers on the horizon. The vicious armies of the Tibran Empire have crossed the far seas and are threatening to destroy Maldobar completely. Not even the dragonriders can match the Tibran war machines. And after an attempt to awaken Jaevid from his divine sleep fails, the fate of Maldobar is looking grim.

Reigh has never known what it means to be a normal human. Raised amongst the gray elves in the wild jungle of Luntharda, he's tried everything to be fit in. But the dark power within him is bursting at the seams-- refusingg to be silenced. And while his adoptive father, Kiran, insists this power must be kept secret, Reigh knows he's running out of time.

As Maldobar burns, the world is desperate for a new hero. Destiny has called, and one boy will rise to answer.

So, having finished the last series, I had expectations from this new book. I LOVED the way the last book ended, and even though I knew that this series would be focused on a new character, I wasn't sure how I'd feel about having a narrator that wasn't Jaevid or Felix. Starting out with this new Reigh kid, I was hesitant. Being forty years after the last series, I was sad that I wasn't going to get any of these characters that I'd come to love, but after only a page or two, we find out that Kiran is actually a big part of the story! HUZZAH, KIRAN!

This excited me, so I kept reading (Like I'd stop???), and I'm so pleased that I did, because you guys, WOW. I adore this kid. Not as much as I adore Jae, yet, but I'm a bit more attached to Jae (After, you know, four-five years).

Anyway, I want to start out with the characters. As per usual, Conway gave us wonderful characters. They're all so loveable, and relatable, and I'm left wanting more of them already. I can't wait to see what happens with Reigh and his "problem", as well as his emotional state from here on out, as he'd definitely had his share of ups and downs just in this first book.

I don't normally comment much on the descriptiveness of novels, as I don't feel like I need a lot of details on setting, etc. to fall in love with a story. I've said it before, and I'll say it a million times again, but characters are what make a story amazing for me. So setting really is meh. But THESE BOOKS. Conway's descriptions are so good, ESPECIALLY when she's describing Luntharda and the creatures within, and I can't get enough of it.

And I'll just go ahead and say, this is only book one and it's already broken my heart and repaired it about 75% of the way. I'm already so attached, it's ridiculous. But I do have a soft spot for these fantabulous novels, you know.

In a Nutshell, SAVAGE was a great contribution to the Dragonrider books, and I'm over the moon to know we'll have more time in this world. If you've read the Dragonrider Chronicles, then you HAVE to read this series, too. YOU GET TO SEE SOME OF YOUR FAVORITE CHARACTERS AGAIN, PEOPLE! So if that's you, and you're ready for your mind to be blown and for that suspicious warning from Ulric at the end of IMMORTAL to be explained... well... you may wanna click on one of these buy links. 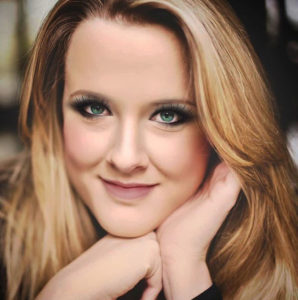 Originally from a small town in North Alabama, Nicole moves frequently due to her husband’s career as a pilot for the United States Air Force. She received a B.A. in English with a concentration in Classics from Auburn University, and will soon attend graduate school. 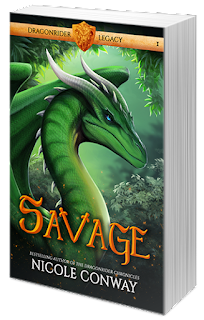 Thanks for stopping by! Be sure to check out the rest of the tour... you can find the rest of it HERE!